HAVE LEFTOVER FOOD AT HOME? WHY THROW IT IN YOUR BIN WHEN YOU CAN DONATE IT IN OUR MACHINE AND GET SOME MONEY!!!!!!!

Our Primary Goal is to reduce the quantity of food waste that ends up in landfills.

Two ways in which we can approach this problem are by,

We intend to widen the scope of  REVERSE VENDING MACHINE & Concept of Deep learning, to create awareness among the general public on the need for segregating Food(Kitchen) waste.

Reverse Vending Machines is a great marketing tool as they encourage the public for their sincere dedication to the cause by providing some kind of financial incentive (recharge coupons, gift cards, WiFi for a limited duration, etc.). We intend to use a reverse vending machine with two separate storage holds as a single collection point for receiving both food waste and consumable food.

When accepting consumable food(as selected by the user), the system should be able to distinguish whether the food received is consumable or not. This is where Deep Learning comes into the picture. The development of a system to identify consumable food using AI capabilities backed up by data collected through crowdsourcing will play a major role.

Our vision is to collect and effectively distribute the entire gamut of food items available. Initially, the system should be developed to distinguish a single food category. BREAD's, which is one of the world's major staples can be used as the stepping stone. Ranging from bread loaves to parathas, determining whether the food is consumable or not can be directly identified through photo recognition and a few other parameters which are not complicated in comparison to other staples. Once we are able to achieve our initial goal we can start collecting the data to process other food items as well.

The collected consumable food can be redistributed through existing NGO's for free in the same locality. Food Waste that is collected can be run through supply chains to local compost yards for monetary benefit which would partially fund the incentive-based program.

Integrating and distributing data collected from various reverse vending machines data through a single platform can result in endless possibilities and opportunities for both contributors and backend companies(collecting process).

1: food waste going into landfills without being segregated from other non-bio-degradable waste materials in most regions across the world, where the concept of divide and dispose is familiar but the repercussions are unknown to the public which causes a large volume of potential organic waste being dumped alongside non-bio degradable impurities

Here in Coimbatore, India waste collected by the municipality are dumped in a dump yard in Vellalore. It is estimated that the waste is 65% organic, left in open grounds and subjected to decomposition; it leads to many health hazards to the residents within a 5-kilometer radius.

while one in nine people in our human population remains unfed as per a report by the WHO in 2018( https://www.who.int/news-room/detail/11-09-2018-global-hunger-continues-to-rise---new-un-report-says) it also noted that the count is gradually increasing.

Our scope would cover a majority of the urban population who have leftover food & have no idea how to dispose of it. The most impacted people are those who are left unfed.

‹ ›
I believe the major causes of this problem are…

The major causes can be interpreted int two ways:

1: People who are negligent in segregating wastes prior to disposal though the government has taken steps to educate them regarding it's significance

here the reward is used as a driving factor to encourage people to do so.

2: Lack of facilities to collect and organize small amounts of consumable food waste generated under each roof and  supplying the same to the needy

Problem Definition : Observe
‹ ›
I believe this because…

I've seen these happen in my own place out of my own experience, many news journals have reported of the health hazards faced by the people of Vellalore

Theory of Change : Point of View
‹ ›
The problem can be improved by…

1: Ensuring proper management of food wastes rather to be dumped in landfills or dump yards. They can either be supplied to compost yards for the manufacturing of organic manure or to biogas plants for energy.

2:The potential food materials which are edible can be supplied to the needy 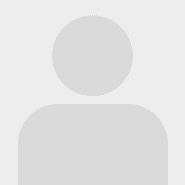 Hello team!
How do you see exactly the "supply to compost yards" happening? are you thinking about a specific place, and if so, which are the steps to make it happen?
3 months ago

‹ ›
This approach will have an impact because..

This would definitely have an impact because we not only reduce the toxic methane gas emitted from the land fills due to presence of organic matter but also generate natural manure(VERMI COMPOST- an eco-friendly soil fertilizer generated from decomposing organic wastes with the help of earthworms ) We are very well aware of the perils inflicted to both man and nature through the use of inorganic fertilizers and pesticides in farm lands.Hence this would atleast be a small step in the pursuit of a sustainable pollution free future environment.Besides being an organic fertilizer VERMI COMPOST can also be used to clean sewage.

Every year loads of funding goes into to reduce the unfed population even in some developed countries there are people who thrive without the basic necessities of life,we the educated youth have the responsibility to find a solution for their plight.It might just be a loaf of bread but gradually we could make a global impact

Can you quote some numbers and statistic to back these statements? (ie. toxic emission vs vermicompost)
3 months ago

‹ ›
The impact will be measurable because...

we can also generate the data of our active donors and the people who have benefited from this act,not only the number of people but also the quantity reports of the same

Can you please explain how you are going to obtain these numbers?
3 months ago

‹ ›
Those with the greatest interest in change are...

The people who want to have an impact on the world's problems though their contribution is tiny,if we can devise a mechanism to cluster all such tiny contributions,we can for sure make a global impact

Can you mention few concrete examples of NGOs, maybe by focusing in a specific place/town?
Who are the people that "feel the need of change"? are you sure such people exist? :-)
3 months ago

‹ ›
Those most opposed to change are..

It will only depend on the mindset of every individual homo sapien to accept or culminate a practice,we don't think that every one would acknowledge but even if one person is fed out of our endeavour, it is a success

Some government agencies might as well defy our claim if they feel that it doesn't benefit them personally which is the most common and omnipresent scenario in countries like INDIA where the personal interest and monetary benefits of a politician determines the likeliness of a project being implemented in his/her region,territory,state etc.

Literature
Personas : Ideate
Documentation
‹ ›
The way it will work is...

Every Foodman donor will have an application installed in his/her mobile phone using which he/she would check the performance of our chain and would also possess a dedicated account to record individual supply data,whilst also he/she might locate the nearest FOODMAN aided by the app's navigation system.

Once the contributor reaches the 'foodman', he/she scans the QR code displayed on the screen to ensure that the donation credits are added up.

The operation process would be similar to that of an ATM machine, wherein the person can either deposit fresh food (or) food waste.Based on the individual's choice he would be posed questions regarding the history of the deposit and also regarding its storage history.

The 'foodman' with it's AI capabilities would generate a score for the deposit,fresh food being marked higher and the waste comparatively lower

The individual's account credits would have incremented post deposition.Once a user achieves certain milestone points,he/she is rewarded with some coupons or gift cards whose value would depend on the points secured by the concerned person

‹ ›
To make this happen, these changes need to occur..

There is an overwhelming concern about the green house gas emission by food wastes as seen in the above graph,so it is indispensable to establish a solution at the earliest

‹ ›
Others working in this space include..

We need people from numerous fields to contribute our set-up

We will need a bunch of people from various fields

1: An app developer who'd aide in creation and management of our apps(foodman and foodman-service)

2: An AI analyst to incorporate deep learning concepts into the machinery and to ensure proper functioning

3:A communication engineer to develop and maintain networking of machinery and data integration

4:A food scientist who would pursue his research to expand our capabilities by figuring out the parameters to ensure freshness of each food item

5: A software developer for our data analysis software

6:Every individual who is ready to spare his/her time to supply the collected food to the homeless people

Developing mere applications might seem to be bring about a solution but an existing physical problem cannot be solved using a virtual system,because such virtual platforms can only work with the data and recommend people to do something to bring about a change, but we proclaim everybody to become participants out of mutual benefit

We found a solution but also encouraged more donors to come in and become active donors, the rewarding aspect tends to be the ideal stimuli in luring participation of general public

Once people become more familiar with our system they would want to participate every other day, because the concept of a return reward will definitely have a huge impact on people

We would need physical resources such as metals,gears,conveyors .etc to manufacture our machinery

Prototype and Test
My strategy for rolling out this project involves.

I will sustain this project by..

My biggest risk is..

How might this go wrong? How might the problem evolve? What are the legal, cultural and other impediments?

I will raise awareness about my project by..

How will i promote adoption?

Prototyping
Final Pitch
Click and drag a step to reorder